Hello! My name is Kelly Edwards, and I am a Fulbright English Teaching Assistant at Gymnázium Dačice for the 2021-22 school year. I am excited to be here and wanted to share some of my thoughts on my experience in the nearly two months I’ve been here 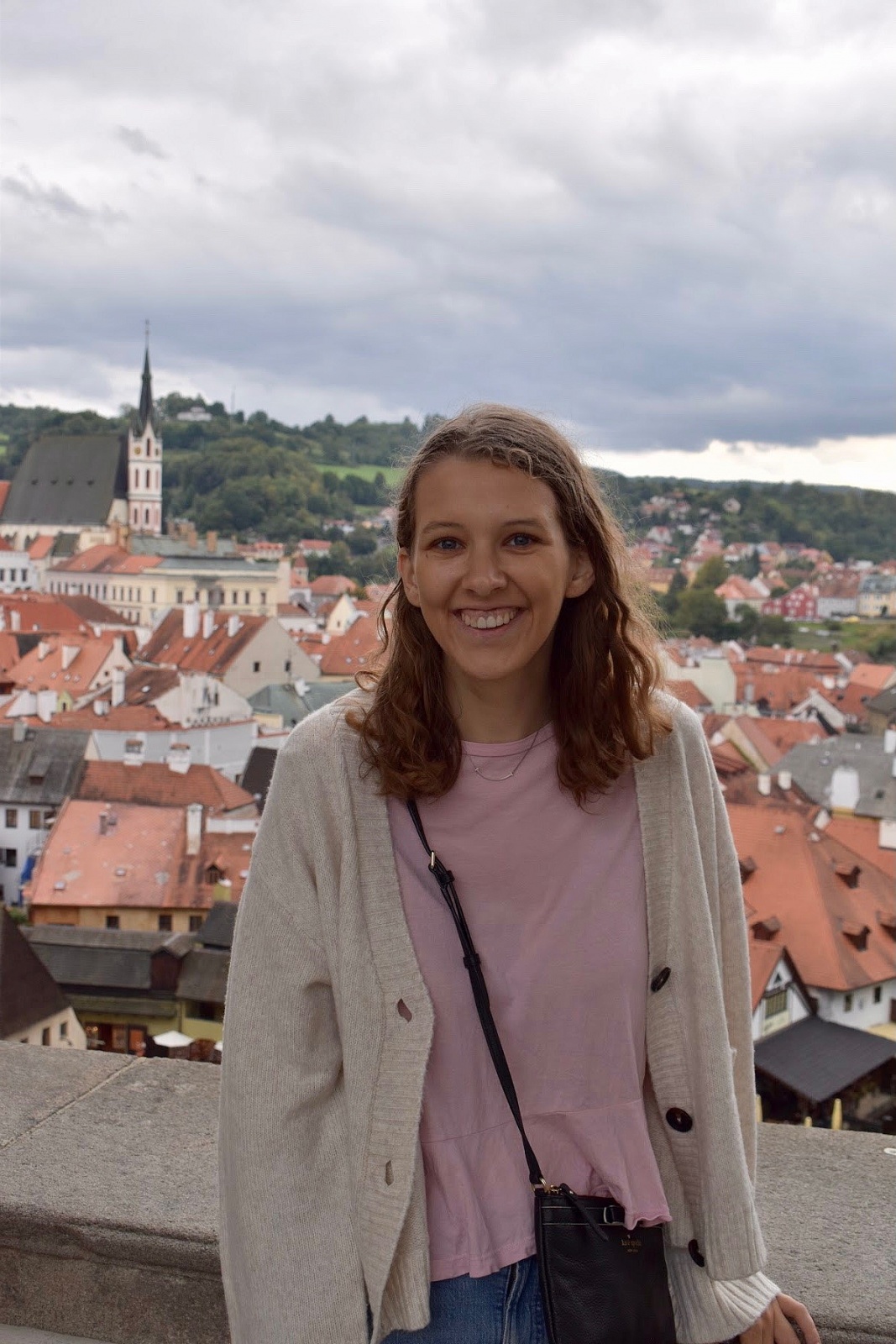 I’m originally from Madison, New Jersey, a suburban town of 15,000 residents that is 45 kilometers west of New York City. Unlike Dačice, my town had one high school for its residents, and in the United States where you go to school is based on where you live. This meant my class had 200 students compared to the 15-30 I see in a class at the Gymnázium, and my high school had 800 students in total.

In the United States, the school and town are closely intertwined, and most of the students' activities that they engage in are through the school. Sports teams, music groups, and theatrical performances are all through the school. I spent my weekday afternoons at practices and club meetings, and Friday evenings at my school’s American football games or watching a musical my peers were performing in. In Dačice, I’ve noticed how many other places or groups are involved in facilitating these activities. There’s a music school, town sports teams, and students are rarely in the building after the final bell rings.

One of the most surprising differences I’ve seen in the classroom is how common it is to share an individual student’s grades with the class. In American classrooms, it is unlawful for ateacher to display a student’s grades to anyone else without permission. Here though, I have seen grades displayed on a board enabling each student to see how every other student did on a test.

Additionally, the United States does not have Maturita exams in individual subjects like the Czech Republic. In the US, there is a general exam called the SAT or ACT that almost all students who are going to university take, and their score on that exam impacts where they will get into for university. It has been interesting to observe and compare the differences in applying to university from the Czech Republic to the US, and I’m intrigued to see and learn more about that process later in the year. As some of the students already know, I love idioms, and it seems fitting to describe this as the “tip of the iceberg,” meaning only part of so many cultural differences I’ve seen. Every day I’m noticing new things that differentiate not only the Czech and American education systems, but much broader aspects of the culture and lifestyle of our countries.

I applied for the Fulbright program a little over a year ago. I was interested in the Czech education system, and excited by the mission of the Fulbright commission: “to build and promote mutual understanding between the peoples of the two states through cultural exchanges in the field of education.” Already, I’ve seen more of the culture of the Czech Republic and been more surprised by the individual differences than I could have imagined ayear ago.

I feel very lucky to be here, and am thankful to the teachers, students, and staff at the Gymnázium for hosting me, the town of Dačice, and the Fulbright commission. I’m looking forward to the rest of the school year!